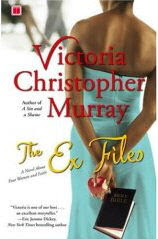 The Ex Files is about four women that handle their recent heart breaks in four different ways. One falls apart, one wants revenge, one turns cold, and the other tries to move on. These four women, previously strangers, are brought together by their pastor to for a prayer group and offer each other support. While none of them think it is necessary or really want to be there this group will affect them in ways that none of them were prepared for.

This book was a very thought provoking book. It shows the suffering and pain of losing someone in the stories of each of the women, but also the triumph that can come from surrendering and putting aside the hurt and looking beyond the pain to the one who never leaves. 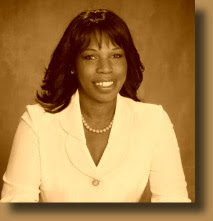 Victoria Christopher Murray always knew she would become an author, even as she was taking quite an unlikely path to that destination. A native of Queens, New York, Victoria first left New York to attend Hampton Institute in Virginia where she majored in Communication Disorders. After graduating from Hampton, Victoria attended New York University where she received her MBA.Victoria spent ten years in Corporate America before she decided to test her entrepreneurial spirit. She opened a Financial Services Agency for Aegon, USA where she managed the number one division for nine consecutive years. However, Victoria never lost the dream to write and when the “bug” hit her again in 1997, she answered the call.Victoria originally self published Temptation. “I wanted to write a book as entertaining and compelling as any of the books on the market, put God in the middle, and have the book still be a page-turner. I wasn’t writing to any particular genre – I didn’t even know Christian fiction existed. I just wanted to write about people I knew and characters I could relate to.”In 2000, Time Warner published Temptation. Temptation made numerous best sellers list across the nation and remained on the Essence bestsellers list for nine consecutive months. In 2001, Temptation was nominated for an NAACP Image Award in Outstanding Literature.Since Temptation, Victoria has written four other novels: JOY, Truth Be Told, Grown Folks Business, and A Sin and a Shame. All of her novels have continued to be Essence bestsellers; her last three each reaching #1. In addition, Victoria has received numerous awards including the Golden Pen Award for Best Inspirational Fiction and in 2006, she was awarded the Phyllis Wheatley Trailblazer Award for being the pioneer in African American Christian Fiction. 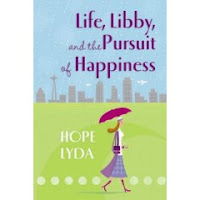 Life, Libby, and the Pursuit of Happiness
~ by Hope Lyda

This book was so funny and unexpected. When Libby's life is turned upside down after a merger at her job she finds herself wrapped up in this intense situation where she is stuck with having to help out her mean and crazy boss. I thought this book was a great read and will have you laughing from the beginning.

ABOUT THE BOOK:
Libby Hawthorne makes exotic trip itineraries but never leaves Seattle. She’d like to attend church but winds up at a bookstore. She longs for love—but who has the time? Delayed happiness has been worth it, because she’s about to get her dream promotion...
Or not.
So now what?
When a corporate merger leaves her demoted and disillusioned, Libby realizes she needs to start living authentically...and soon. But just as she tries to uncover her purposed life, her cruel and unusual boss, Cecilia, demands that Libby hide Seattle’s most famous homegrown rock star in order to keep her new, bad job. For the first time in years, Libby doesn’t have a step by step plan to guide her. She must trust her faith and her heart. But what is she supposed to do with her growing admiration for Blaine Slater, a new VP from Chicago, or the surprising kindness of the rock star living incognito in her Seattle apartment? Through the humorous twist and turns, Libby uncovers a big life truth—the detours we are afraid of might just be the perfect path to happiness

ABOUT THE AUTHOR:
Hope Lyda has always wanted to write. Ever since she was a young tyke with a spiral notebook in hand, she had the urge to fill it. Sadly, Peggy Meets the Midgets did not cause Hope to be deemed a child prodigy, so she continued her path of education. She was grade-obsessed but also truly enjoyed sharing laughs with her circle of creative friends.
Hope attended the University of Oregon and graduated with a double major in Journalism: Advertising and Telecommunications and Film. With aspirations to write screenplays or teleplays, she of course ended up doing public relations for non-profits until she entered the publishing field in which she has worked for 10 years.
Her passions are quiet ones—she loves a good read, an afternoon of free thinking time, writing, journaling, road trips, travel, and pondering life from her back yard pergola. She loiters in bookstores frequently, though has never been arrested for such. Her big hope is to encourage others to embrace their dreams and understand their faith journeys through the practice of journaling and the art of creative living. She hopes to also inspire such things through the themes in her fiction including Hip to Be Square and Altar Call. (There are also visions of a nice Casita with a hammock in Mexico—but one thing at a time.)
When not living in her head, she resides with her husband, Marc, in the Pacific Northwest.
Posted by loves to read at 9:17 PM No comments: 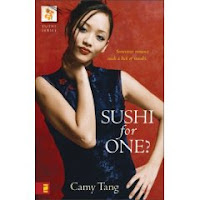 Sushi for One?~ by Camy Tang

This book was hilarious! I laughed out loud numerous times while reading this book. This debut novel of Camy Tang tells the story of Lex Sakai, an athletic volleyball playing girl with a big family and a grandmother determined to marry of each of her granddaughters. With the status of oldest single female cousin looming over her head Lex feels the pressure to find someone but is determined to do it on her own terms. Anyway I really enjoyed the book it is a great story that may just make you appreciate your own family :)

Here is more about the book and the author.

Lex Sakai’s family, big, nosy, and marriage-minded, is ruled by a crafty grandmother. When her cousin Mariko gets married, Lex will become the OLDEST SINGLE COUSIN in the clan, a loathed position by all single female family members.
Lex has not dated for years.
Grandma homes in on this fact and demands, bribes, and threatens Lex to bring a boyfriend (not just a date) to her cousin’s wedding.
Lex does not want to date ... not since that terrible incident a few years back ... but, Grandma doesn't give her that choice.
Lex's options are slim because she has used her Bible study class on Ephesians to compile a huge list of traits for the PERFECT man (and the more she dates, the more she adds to the list).
The one man she keeps running into (and is completely attracted to) doesn’t seem to have a single quality on her list. It’s only when the always-in-control Lex loses control and lets God take over that all the pieces of this hilarious romance finally fall into place.

Camy Tang is a member of CFBA and is a loud Asian chick who writes loud Asian chick-lit. She grew up in Hawaii, but now lives in San Jose, California, with her engineer husband and rambunctious poi-dog. In a previous life she was a biologist researcher, but these days she is surgically attached to her computer, writing full-time. In her spare time, she is a staff worker for her church youth group, and she leads one of the worship teams for Sunday service.Sushi for One? (Sushi Series, Book One is her first novel. Her second, Only Uni (Sushi Series, Book Two) comes out in February 2008!
To celebrate the launch of her debut novel, she's got a huge contest going on. Camy is giving away baskets of Christian novels and an iPod Nano! Only her newsletter YahooGroup subscribers are eligible to enter, so join today.
For more information about the contest, visit her website.
Contest ends October 31, 2007!
Posted by loves to read at 11:41 PM 1 comment: